When I first found out I’d be based at the St Mary’s campus instead of the main Imperial College stamping ground of South Kensington, I was apprehensive.

“I’m going to miss out on college life.” was my first thought.

“Does this mean they only serve hospital food?” was the other.

After a term here, I can happily say that I have not had any cause for FOMO, nor had to eat from any hospital canteens. I am also a bit better qualified to give you an insider’s look at life at St Mary’s. If you’re going to be starting a term here soon, this is your jam.

St Mary’s Hospital was built in 1845 and, by London’s standards, is actually pretty young. These red bricks have seen a lot of history and it can feel like things haven’t changed in a hundred years. At least until you see the mobile MRI machine in the courtyard and start connecting to high speed WiFi. This is the place where Alexander Fleming discovered penicillin, and that knowledge still gives me the chills. In fact, the great man’s original laboratory has been reconstructed and turned into a museum on campus. Less well known is the fact that this is also where heroin was invented, and that gives a slightly different kind of chill. Clearly, there is more to this place than meets the eye. The Imperial College building at St Mary’s. Both penicillin and heroin were discovered here. (Images: 1, 2)

By Rail: St Mary’s campus is located right next to Paddington Station, which means getting here is super easy. Almost every Tube line goes through Paddington, as well as intercity trains from National Rail and Great Western Rail. The Tube exit for the Circle and Hammersmith lines. St Mary’s campus is just a five minute walk from here and more than one Paddington bear will greet you along the way.

By Bus: No shortage of options but be warned, Praed Street is constantly busy so give yourself some buffer time if you’re taking the bus.

Sadly, there isn’t a shuttle bus to St Mary’s and that’s something we hope they’ll fix sooner rather than later.

By Bike: Bicycles are arguably the best form of transport in London. There’s loads of bike parking at St Mary’s and several Santander Bike stations located at Paddington as well. Bike parking at St Mary’s. It’s usually more crowded than this but I’ve never had a problem finding some space.

If you’re looking for a sweet ride that won’t cost the earth, I highly recommend paying a visit to Recycling in Elephant & Castle. They rescue bikes from police auctions, fix them up and get you moving with a 30-day money back warranty. My sweet single speed for £150 from Recycling

On Foot: The upside of not having a shuttle bus is that St Mary’s is only a 30 min walk away, and through Hyde Park at that. You’ll go right past the Albert Memorial and, if you’re lucky, catch a sunrise (or sunset) across the Serpentine. That said, do watch where you step as you walk. Horses are a common sight, and smell, along the route. There are two entrances to St Mary’s campus, one for each wing. The main one is the one without the revolving door. Here’s a whistle-stop tour of the places you’ll likely be visiting the most during your time here.

Go in through the main entrance and the main med school library is to your right. This is where you’ll find everything medicine and healthcare related. Lots of computers, study rooms and a second floor gallery full of large study desks. There’s also a little coffee machine hidden in the copy room where a hot cuppa is just £1. 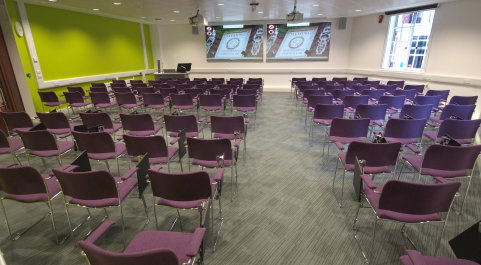 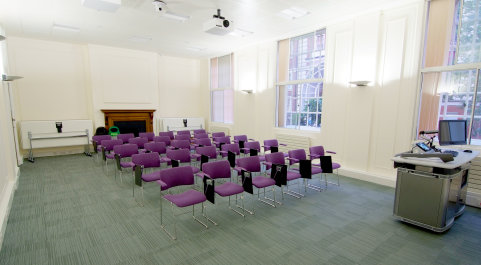 G64 on the left, Committee Room on the right

These are in the section directly facing the Library entrance. Turn left at the reception and they’re clustered around a water dispenser and some cosy couches that are sometimes used for small receptions. 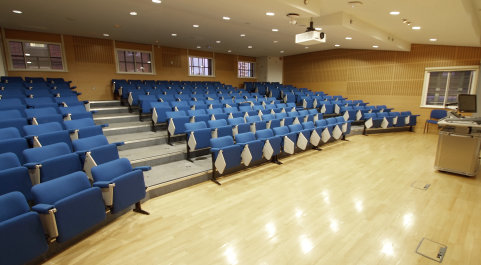 This is where most of my lectures have been but getting here is like being a lab rat running a maze. Thankfully, past generations have put up laminated A4 signs for lost padawans. Just be prepared for some stair climbing. On the bright side, there’s your daily cardio quota sorted. St Mary’s has its own, well equipped gym and after you get a look at the crowds in the South Ken one, you’ll see why this is awesome. There are treadmills, bikes, steppers and rowing machines, along with a couple of squat racks and one of those cable machines. There’s also a TRX hanging from the ceiling daring you to take it on.

Membership is just £45 for the whole year. The only problem is that it’s £45 no matter what point of the year you join, so plan accordingly. Note that membership here is separate from Ethos, the outfit that runs the rest of Sport Imperial. This wasn’t completely clear when I started school and some of my classmates ended up paying double.

Possibly the smallest pool I’ve been in in my adult life but, again, it beats swimming at South Ken where 8 people in a lane is a common occurrence. Sadly the college has announced that the pool is closing down in July 2018 but a campaign is being set up to challenge the decision. I’ll be posting more details about this when I have them.

Okay that’s it for now. Next post: Tips on where to live and where to eat. Stay tuned.