Many of you are aware that since Thursday, the 20th of February 2020, around 50,000 lecturers, technicians, librarians and other academic and support staff at 74 universities are taking part in a total of 14 days of strike action, staggered through February and March, which will potentially affect about 1.2 million students through lost lectures and tutorials. The inclusion of Imperial College London came after the second round of ballet, where a majority of the staff voted for strike action due to pension and pay-related issues. The strike action is due to last till the 13th of March, with a gradually increasing number of strike days each week.

According to the UCU, excessive workload, pay, a 15% gender pay gap, increased casualization and changes to pensions for staff in the Universities Superannuation Scheme (USS), where members are being asked to pay 9.6% in pension contributions, up from 8%, are the main reasons for the strike action. For those of you who are interested, a much more readable, well-researched, comprehensive and well-written article has been written in the Guardian, shared by my mathematics professor to the whole cohort within the EEE department. Furthermore, another useful, informative poster I found was given to me at one of the picket lines at the entrance of the college. 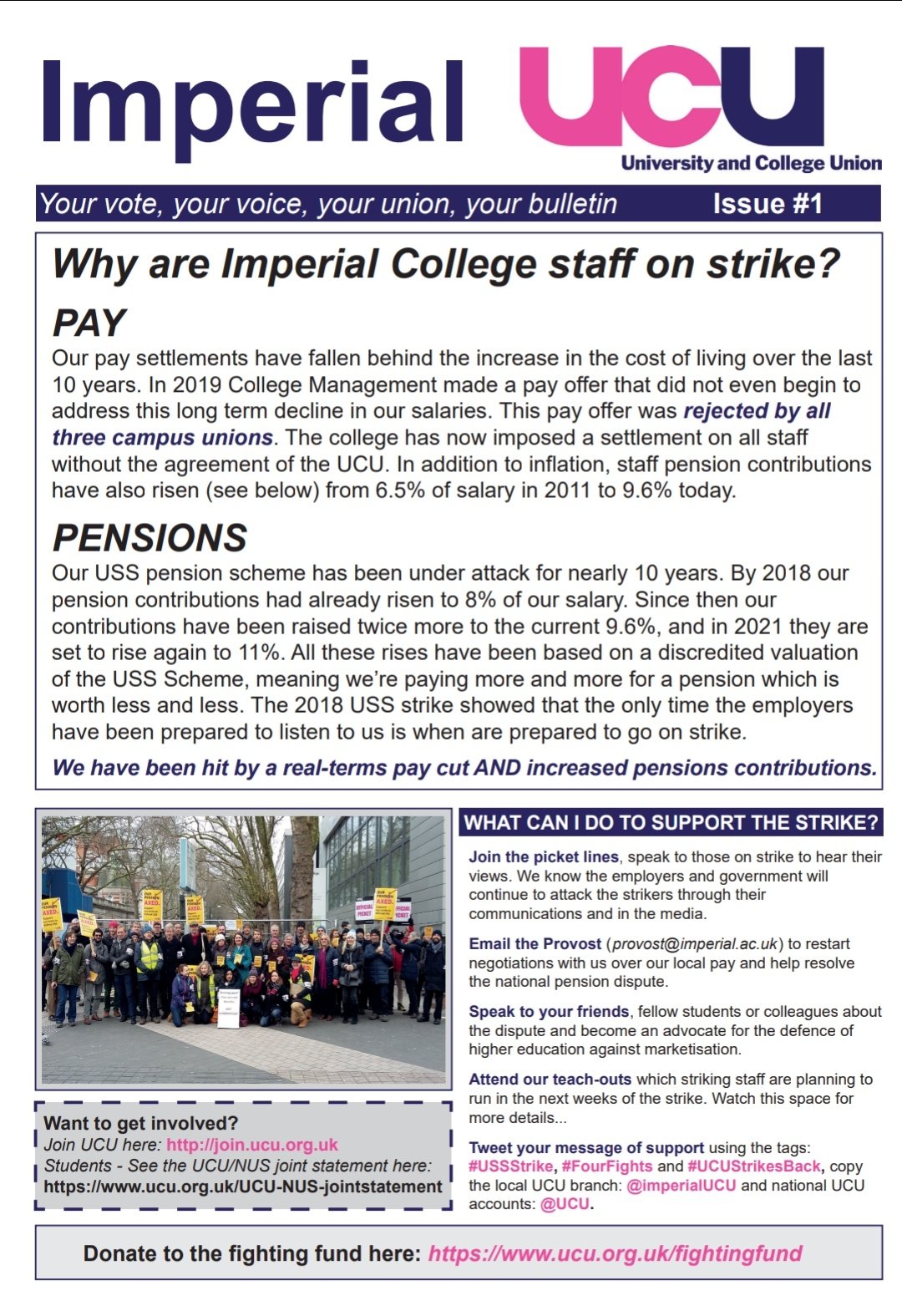 Within the Department of Electrical and Electronic Engineering (EEE), there are quite a few staff members who are on strike. For me, the modules concerned are Mathematics and Programming, in which lectures have been canceled due to the respective professors who are striking, whereas the rest of my modules (Analysis and Design of Circuits, Digital Electronics, and Computer Architecture) remain unaffected. Laboratories and other college facilities are still open and functioning, and as a result, the department seems to be in routine operation.

It now seems that the UCU has now met Universities UK for  further talks on USS, in what appears to be reassuring that most employers have changed their position since our last dispute over USS. They are now willing to agree with the demands of the staff on a range of issues. These talks are a result of the ongoing strike action, and it has come to notice that the employers do not want to have to deal with 14 days of strikes. So hopefully, the strikes might end earlier than planned!