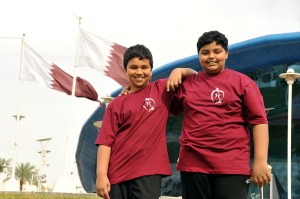 Weight management camps can provide an effective way for obese children to lose weight. Although many attendees successfully maintain their new healthier weight after leaving the camp, there are also some who regain the weight they lost after they go back home. Imperial College London, in collaboration with Leeds Beckett University and Qatar University, have been carrying out a project investigating how weekly educational after-school clubs can be used to encourage children to continue to work towards reaching and maintaining a healthy weight after they have attended a weight management camp.

For three successive years, the project has involved the implementation of an obesity intervention for children aged 8-12 in Qatar involving a two week camp followed by 10 weekly after-school club sessions. During the camp, attendees took part in a programme of physical activity and lifestyle education, and engaged in moderate dietary restriction. Teaching was conducted on topics such as portion control, food labels, and awareness of sugar and fat in food and drink. Each after-school club lasted two hours and involved physical activities and further lifestyle education. So far 244 children have taken part, and attendees have been found to successfully lose weight during both the camp, and the club phases, with the camp being highly effective in encouraging initial weight loss, and the clubs involving attendees approaching a healthier weight at a more gradual rate. 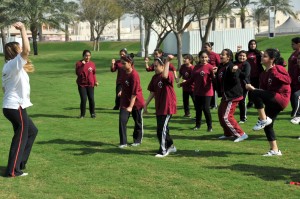 Part of this project also involved investigating the relationship between heart rate patterns, impulsivity, and obesity. There is strong evidence for a positive association between impulsivity and childhood obesity. Impulsivity has also been associated with eating binges in obese children, and more impulsive participants have been shown to lose less weight in obesity interventions. Heart rate variability (HRV) measures variation in the heart’s beat-to-beat intervals, and more impulsive people tend to have lower heart rate variability. In our study, weight management camp attendees’ HRV levels were measured to attempt to gauge their level of impulsivity, and to see if this measure could be used to predict post-intervention weight management success.

We found that HRV measures did indeed correlate with impulsivity and extent of obesity, and were also predictive of how well the participants managed their weight in the year after the intervention had ended¹. It may be that in the future, the HRV of an obese individual who wishes to lose weight could be used to determine the relative suitability of different types of obesity treatment available for them to undergo.